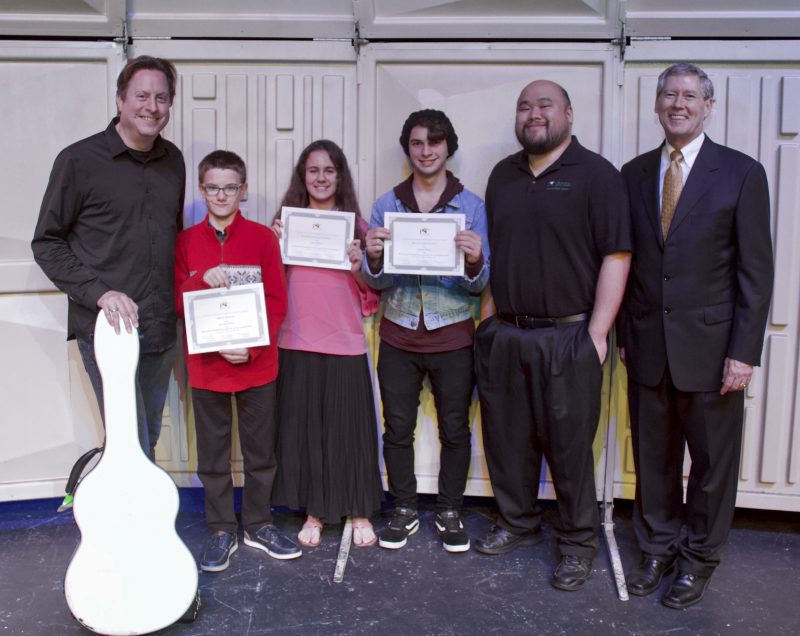 The competition began at 10:00 am on Saturday morning, with 13 competitors from 9 to 18 years of age, performing on nylon and steel string guitars. Participants came from as far as Bayou La Batre, Alabama to Naples, Florida. The adjudicators were Derek Javier from Minds on Music in Gulf Breeze, FL, Dr. Joe Stallings, director of Guitar Programs at Pensacola State College, and Grammy award-winning guitarist, Jason Vieaux. Sponsors of the competition were Blues Angel Music and Leitz Music.

Prior to the competition, the festivities began on Friday, February 14, with a 4 hour Master Class taught by Grammy Award Winning Classical Guitarist, Jason Vieaux. The master class provided a rare opportunity for participants in the competition to study with one of the finest classical guitarists in the world today. It concluded with a “Question and Answer” session that was very informative and inspirational.